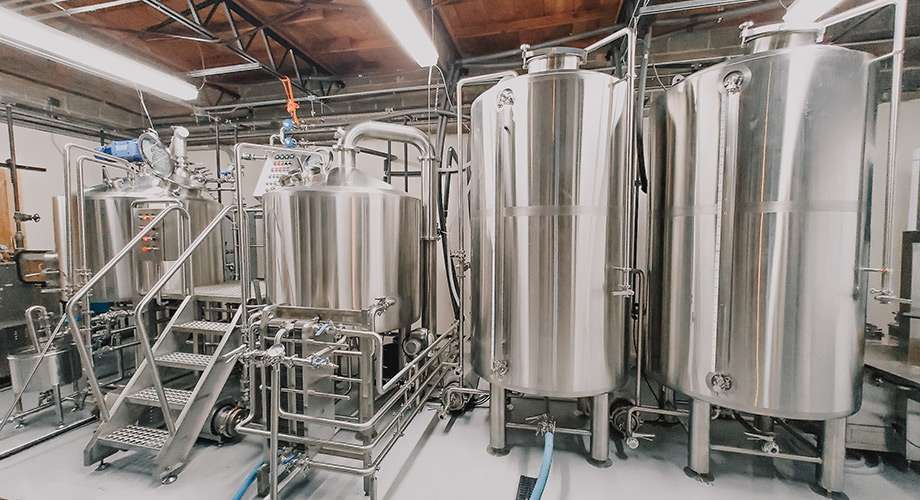 Back in the day, the life of a brewer was rather regimented. Going back to the early ages of kettles boiling over crackling, smoldering logs as brewsters churned out beers as liquid sustenance for their Old World villages and townships, variety was not a concern. Like many of the world’s consumables, adherence to tried-and-true recipes is the basis of essentially every regional beer style in the world. But as with any artisanal practice, creativity crept in, with brewers trying their hand at new recipes, utilizing techniques observed elsewhere or dreamt up in their own brewhouses.

Fast forward several centuries to the onset of the twenty-first century and drastic improvements have been made to the quality and creativity of brews being produced by US brewers. Brewers in the UK, Germany, Belgium and Czech Republic started taking notice of this quality across a vast array of beer styles, including American takes on European mainstays like pale ales, lagers, stouts and, most notably, IPAs. For the first time ever, a country in the New World has risen to become the epicenter of the brewing universe.

Variety became the spice of life and the driving force behind the US craft-beer  movement. And yet, compared to today’s standards, except for the occasional R&D brew, even US brewers’ work lives were predictable, given that flagship- and core-beer production was the norm and most brewpub menus consisted of color-spectrum menus ranging from blonde to dark ales, with the occasional lager thrown in for good measure.

Then, in the early 2000s, everything changed. American brewers broke out the box of tradition in a big way, not only exploring seemingly every flavorful adjunct they could get their hands on, but taking on strong- and sour-ale barrel-aging on a grand scale, dry-hopping with innumerable varietal combos, varying the textures of their IPAs with wheat, oats and yeast in suspension, and venturing into the realm of over-the-top imperial ales, including triple and quadruple IPAs as well as stouts and barleywines registering as high as 20-plus percent ABV.

These innovations broke things wide open, disrupting the market like never before, requiring brewing companies to focus on research and development 365 days a year, in order to remain on the bleeding edge of brewing innovation and remain competitive in the marketplace.

Nowadays, brewers don’t come to work expecting to brew the same amber ale they’ve made several hundred times or keep their hophead clientele happy with just one IPA. While there is a place for every style of beer under the sun, there is no room for stagnancy — meaning brewers must be flexible and able to shoot from the hip, sometimes changing course right in the middle of a brew day. Doing that effectively without wrecking the organization and operational flow at one’s brewery requires tools built with this Wild West state of the industry in mind. And with that, the team at The 5th Ingredient designed both Beer30 and Bucha30 to allow a brewer to have true flexibility while also maintaining proper traceability on costs, quality, and taste!

Monitoring the Fruits of Your Labor - Transfers and Varietals During Fermentation

It’s hard to believe, but it was nearly a decade ago that the fruited-IPA trend bloomed. Grapefruit, blood-orange, tangerine, and mango-infused IPAs from that era remain some of the best-selling beers at retail and in brewery taprooms to this day. But the adjuncts abounding in these hop-driven ales went beyond citrus and tropical fruits (stone fruit, melons, berries) to spices (ginger, coriander, grains of paradise) and other agricultural products (coffee, cacao nibs, chili peppers). A cornucopia of ingredients lay at a brewer’s ready care of comprehensive supply groups, making for endless possibilities. A current cost-effective and on-trend practice is brewing a base kettle-sour ale, splitting the batch and adding different fruits to create a variety of flavor options to consumers.

Beer30 allows for a base beer to be split into multiple tanks, where additional ingredients can be added. In FERMENT mode, brewers can rack equal (or different) amounts of, say, a Berliner weisse, into three tanks, then record fruit additions. And let’s say the original plan was to leave one fermenter unfruited, while adding cherries to one tank and raspberries to another… but on brew day, you discover a leftover box of all-natural blueberry purée left over from a previous beer and decide to split the beer into four tanks and make a fourth variation of that Berliner weisse. Doing so will mean lessening the amount of the other two fruit additions as there will be less beer in the tank, but you’ve already entered the previously determined amounts into your brewing software. How difficult will it become to fix this change?! Well, with Beer30, it’s no problem. These split-batch beers can easily be annotated with fruit additions, to make new flavored beers!

All it takes is a few keystrokes—entering the new amounts—for the program to update, in real-time, not only the quantities of the ingredients utilized, but other information such as remaining inventory and ingredient cost. The latter is particularly important as each adjunct has a different associated cost (e.g., pineapple is more expensive than, say, habanero peppers). Beer30 allows a company to factor in the cost of goods at every step in the process. Costs are appropriately allocated with each split using Beer30’s proprietary batch trace node algorithms, so that projections and records are accurate to the penny! Similarly, tank volumes are tracked at every stage to ensure accurate yield projections. 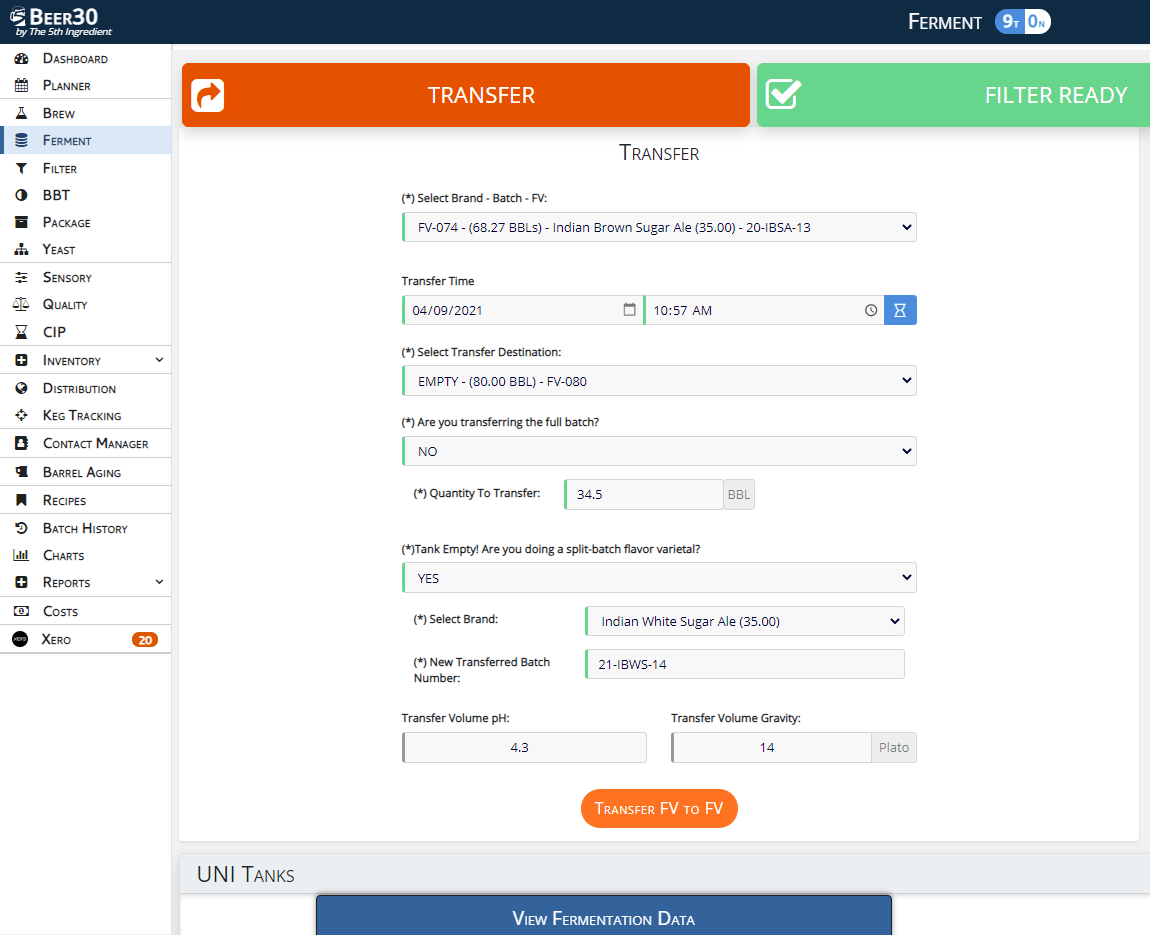 Transfer options in Beer30 allow a brewer to have true flexibility while also maintaining proper traceability on costs, quality, and taste.

Beer30’s costing accuracy extends beyond split-batching to merging tanks. In FILTER mode, variant batches of the same beer can be blended together into the UNI tank using PARTIAL FILTERS. Beforehand, all cost and production figures can be extrapolated so you will have all necessary information at your fingertips before initiating the merge. This can apply when merging a particularly potent fruited kettle-sour back with all or a portion of its unfruited base to create a mellower, more palatable (and sales-friendly) end product. This can be executed in BBT mode, as well, but Beer30 doesn’t stop there.

The same analytical science can be applied to barrel-aged beers. For instance, if you split an imperial stout into a dozen barrels, some bourbon and some brandy, then rest half of the beer on different confectionery inspired ingredients in a bid to produce a decadent, boozy, barrel-aged pastry stout, Beer30 will allow you to factor in all of the many details above prior to filling barrels and adding adjuncts during the aging process. It will also do the math after a barrel-sampling session informs the brewing team of what the ideal barrel blend turns out to be, while also addressing other factors such as secondary blends or leftover beer that needs to be disposed of as a loss.

Barrel Aging in Beer30 allows you to take quality notes, add ingredients and beers to barrels, and blend different barrels into tanks.

The science of Beer30 is the backbone of our spinoff interface, Bucha30. Launched in 2020, it quickly proved itself a valuable tool for hard-kombucha manufacturers. Its split-batch and merging features are particularly valuable to these operations, where adding multiple fruits to split batches of base products and combining them to create complex, balanced end products is even more prevalent than the brewing industry. This becomes increasingly complex in the real-world as kombucha brewers will brew multiple times into the same mother tanks and continuously split-batch into separate smaller tanks.

Whereas the majority of fruited and spiced beers incorporate one adjunct, hard kombuchas often include two or more to produce a uniquely flavorful offering capable of standing out from the competition on retail shelves. But no matter how many ingredients you throw at Bucha30 (or Beer30, for that matter), the software will generate accurate projections that brewers, owners, operations professionals and the accounting department can all count on as they strive for success in an increasingly competitive marketplace where every bit of fiscal discipline and planning matters. 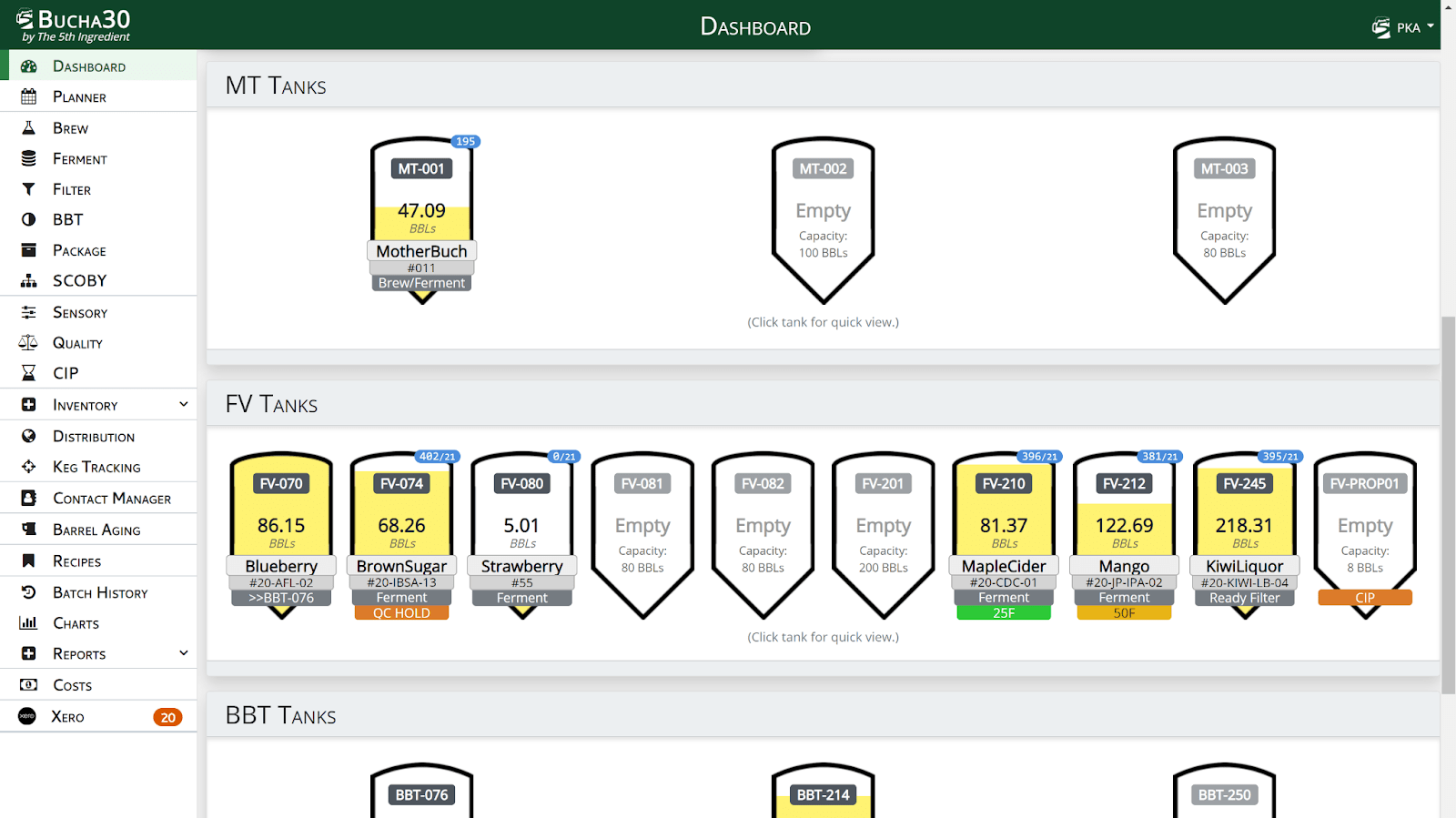 Whether Beer or ‘Bucha, You Can Count on Us!

As with all things Beer30 and Bucha30, our simple user interface is the key. Brewing can feel like rocket science sometimes, but the tools your brewery relies on don’t need to.

Our systems allow a brewery to be fully flexible and make changes in real-time – meaning that if you need to adjust a tank’s contents or volume based on sales projections or forecasting, you can do it on the fly, which, let’s face it, has become a way of life for brewers in the modern era. But that’s OK, because we’ve got your back!

With our software, beer (and bucha) quality and overall efficiency are tracked on a batch-number-by-batch-number basis for easy traceability. For example, merging Batch 101 of a hazy triple IPA with Batch 102 of that same hazy IPA infused with strawberries will result in a new batch number: Batch 101+102, so there’s no guesswork as to the identity, composition or origins of that batch.

No software is better equipped to provide what we can in this—and many other—areas. We’re understandably proud of what we’ve built and love talking about it. In fact, we’d love to talk about it with you. If you’re up for a conversation, fill out the contact page and we’ll send you more information about Beer30 or Bucha30.

Brandon Hernández is a contributing writer for The 5th Ingredient. He is an award-winning journalist and founder of San Diego Beer News LLC, an all-in-one online resource on San Diego’s craft-beer scene. Over the past 14 years, his brewing-industry reporting has been featured in dozens of national and regional magazines, newspapers and websites, as well as on television, radio and podcasts. He spent nearly a decade providing marketing services as an employee for high-profile craft breweries Stone Brewing, AleSmith Brewing and Societe Brewing, has authored and co-authored multiple books, and continues to provide freelance marketing services to companies in and around the beer industry. He can be reached via email 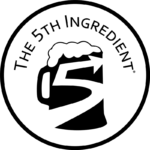